How elders can reinvigorate the workforce

The world is ageing. But our oldest workers could help keep the economy afloat.

The world is experiencing a mammoth demographic shift, as the post-war baby-boomer generation enter their sixth and seventh decades. In 1960, those older than 65 made up just 4.9% of the global population, but by 2050, they’ll account for a staggering 17%. The world will soon be brimming with sexagenarians, septuagenarians, octogenarians and all the other subsequent genarians – in fact, there will be enough old-age pensioners to populate Germany 24 times over.

And there’s one area of life where these numbers are set to have a major impact: the world of work. According to a recent study by the United States Bureau of Labor Statistics, by 2026, more than one in 10 workers will be older than 75. That’s double the rate in 1996. Similarly, roughly three in ten workers will be aged between 65 and 74, which is comparable to the current situation in Japan – the country with oldest workforce on the planet.

The scaremongering about so many elders has already begun. The new era has been described as a “threat”, “grey tsunami”, and “demographic time bomb”. But what’s causing that kind of problematic, alarmist language? And how could elders actually help bolster the workforce? 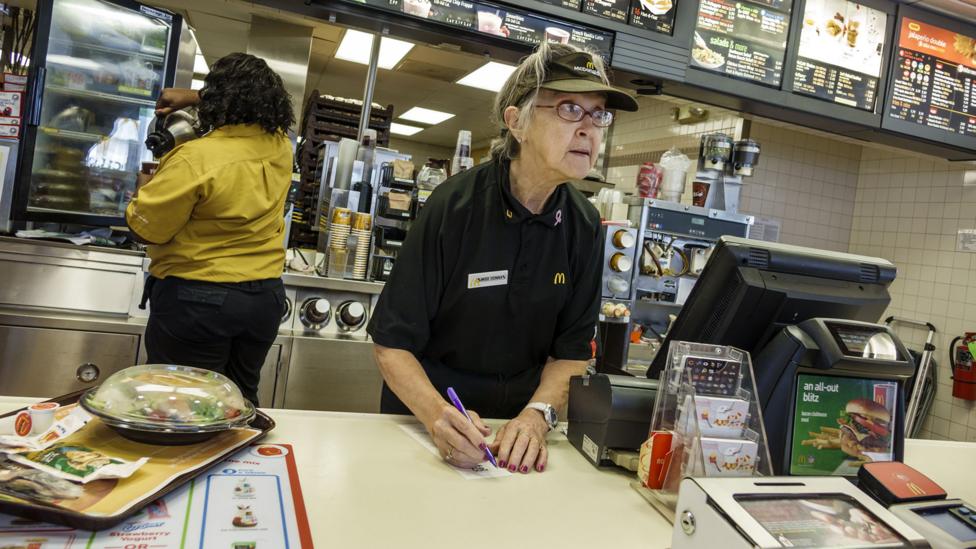 Studies show that the majority of elderly people have faced age discrimination, either on the job or in job applications (Credit: Getty Images)

On the decline – but why?

In 2016, Nicole Maestas, an expert in healthcare policy at Harvard Medical School, decided to find out. Together with colleagues from the American global policy think tank, the RAND Corporation, Maestas compared the GDP – gross domestic product, a popular measure of the output of an economy – of the fifty US states in the years between 1980 and 2010.

Maestas relied on the fact that some states are ageing faster than others as a kind of case study for how the multitude of older workers will affect us when the whole of society has grown up. “We did find that in states that were ageing more rapidly, GDP grew more slowly,” she says.

In some places, this is already happening at the national level. In ‘super-aged’ Japan, where pensioners already make up 12.9% of the labour force, GDP has been among the slowest growing for the last 20 years. In fact, the International Monetary Fund have predicted that the ageing population could drag down the nation’s average GDP by 1% over the next three decades.

There are two possible reasons that population ageing can be a real weight on the economy. One is that, with an older population, there will be fewer workers in total – and so fewer people contributing to the economy. The other is how productive each person in the labour force is. It wasn’t clear from Maestas’s initial calculations how much one factored in over the other, but when her team analysed the data further, they found that two-thirds of this effect was due to a loss of productivity.

Here, though, the picture starts to get a little bit muddier. It’s tempting to attribute these economic and productivity slow-downs to the fact that older people are past their best, but “it doesn’t necessarily follow that older workers are less productive than younger workers”, says Maestas.

Yes, Maestas’ research suggests that workforces tend to become less productive as the population ages,but this doesn’t necessarily mean that’s because of the extra older workers, per se. In fact, she thinks the reasons underlying this trend are the opposite of what the stereotypes would suggest; the problem might not be that baby boomer workers are older and therefore less competent now, but that the ones who are leaving the workforce are still impressively productive. 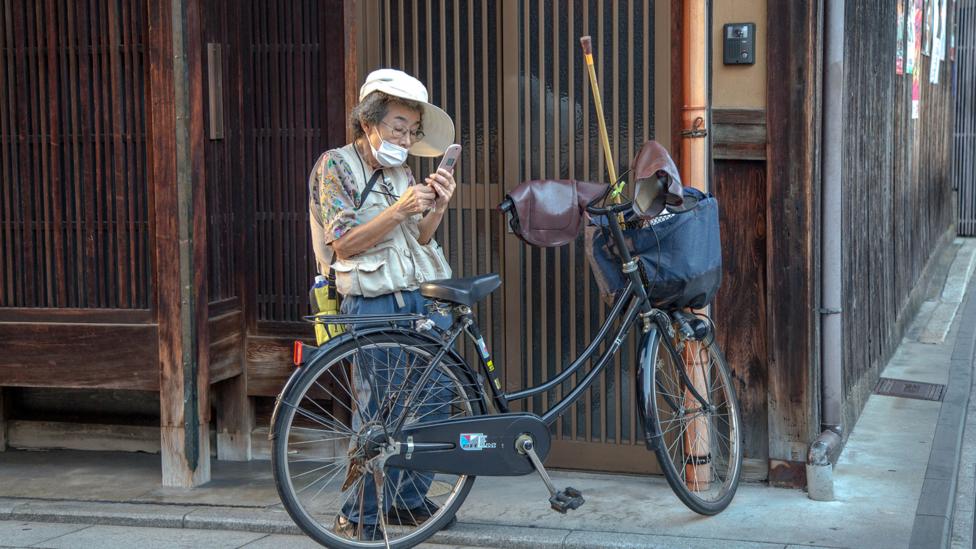 Japan has one of the most rapidly greying populations on the planet. Pensioners already make up 13% of its labour force (Credit: Getty Images)

While there is an inevitable decline in our mental powers as we age, as our brains literally start to shrivel, these changes mostly affect so-called “fluid intelligence” – things like our ability to solve new problems. On the other hand, “crystallised intelligence”, which includes verbal reasoning and acquired knowledge, actually continues to grow well into our 90s. It’s also important to remember that not everyone ages in the same way, or at the same rate; some 70-year olds will be better at these things than much younger workers.

And, contrary to popular belief, there is no conclusive evidence to suggest that older workers are inherently less productive. One 2018 study didn’t find any significant links between the overall performance of private sector organisations in the UK and the proportion of older workers that they employed.

Instead of explaining away the loss of productivity that threatens ageing societies by blaming shrinking brains, Maestas suggests some alternative explanations – though more research is needed to see if they hold up.

The first is that, as skilled older workers leave the economy, younger ones inevitably replace them – and the youngest workers in society aren’t necessarily the most productive. As a report for the Centre for European Economic Research suggests, this is likely to have more of an impact on the sectors that require more acquired knowledge, such as manufacturing.

The second is even more intriguing: the most productive members of society tend to be wealthier, and better at planning for their retirement. As more of these older workers are able to leave, the least productive workers are left behind. “Economists think of leisure as something that people want to consume more of, the richer they get. It makes sense that as people earn more and more and more, they might choose to retire earlier, in order to consume more leisure,” says Maestas.

The thing is, if you’re 55 years old, you might be in the workplace for another ten, fifteen, even twenty years - Cal Halvorsen

Finally, older and younger workers are thought to have skillsets that complement each other. For example, it’s well-established that mixed-age teams can be more productive than those which are less age-diverse. Workers are worth more than the sum of their own abilities – and how they interact with others can have a big impact on the productivity of the organisations that employ them. It’s possible that as the most experienced workers retire, the loss of this collaborative dynamic is reducing productivity – though this hasn’t yet been proven.

A ‘tsunami’ of opportunity

If you look at earnings – a standard economic proxy for productivity – older workers win hands down in terms of raw economic value. A 2013 study found that those between the ages of 60 and 74 tended to earn 10% to 20% more than their younger counterparts. If this is the case the best thing we can do is try to hold on to as many older workers as possible.

But this is not what is happening.

A 2018 report by AARP, a US-based not-for-profit for retirees, found that 61% of the older workers it surveyed had seen or experienced age discrimination. More recently, the tech giant IBM was hit by a class-action lawsuit by former employees who allege that they were unfairly dismissed because of their age. According to a report by Bloomberg, the company has fired up to 100,000 people in the last few years – many of them older workers – in a bid to appear as ‘trendy’ and millennial-friendly as its competitors Amazon and Google.

According to a recent article by AARP, despite strict anti-discrimination laws in the US, companies filter out older candidates by posting job adverts with coded language. Employers ask for “recent college graduates”, “digital natives” – people born into an era of smartphones and laptops, and those who would be a good “cultural fit” at a young company, or who have “five to seven years of experience” – effectively ruling out those who have been in work for several decades already.

As Cal Halvorsen, an expert in societal ageing from Boston College explains, older workers are still often seen as a burden.

These incentives aren’t just about being nice to older people. There are real economic gains to be made by investing in these workers

“We know that that there’s a lot of ageism in the workplace, whether supervisors or managers realise they’re doing it,” he says. Take training. Many employers fail to offer older employees opportunities for professional development, partly because they think these workers won’t be around for long enough to be worth the investment – and partly because many people underestimate the ability of older workers to learn new skills.

Halvorsen thinks this is a mistake. “These things can be learned. It’s just that organisations need to get better at teaching them. And the thing is, if you’re 55 years old, you might be in the workplace for another ten, fifteen, even twenty years,” he says.

Instead, Halvorsen thinks we should view the emerging multi-generational workforce as an opportunity. “There’s research out there which suggests that age diversity might actually stimulate and support creative thinking and innovation. There’s a study which suggests that age diverse teams might actually perform better, and research which shows that people from a variety of generations actually like to work together,” he says. 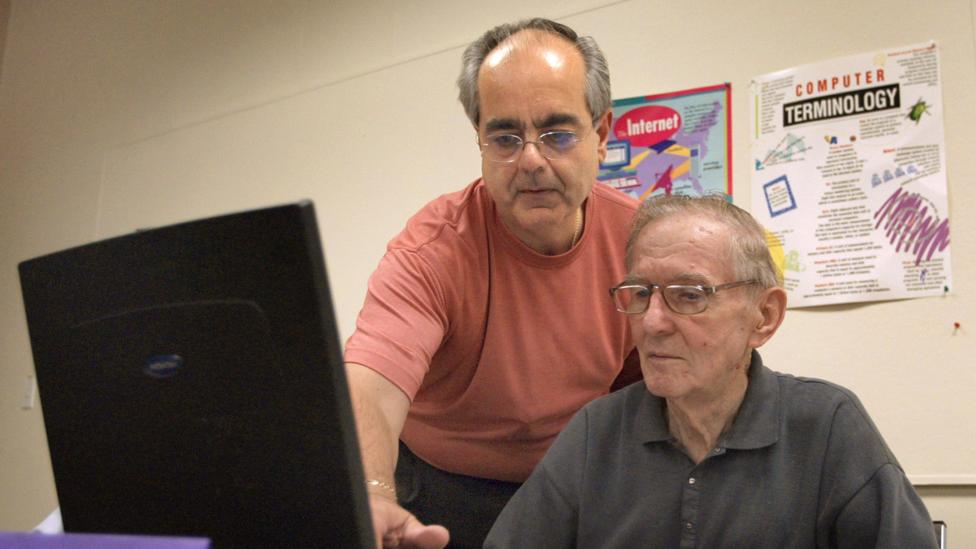 Amid an ageing global population, many countries are prioritising the training of older workers, especially in collaboration with younger ones (Credit: Getty Images)

Some countries are onto this already. In Japan, prime minister Shinzō Abe has become renowned for his ‘Abenomics’ – a set of practical reforms designed to reinvigorate the sluggish economy. As part of his flagship programme, he has overhauled the nation’s social security system to make it possible for workers to put off collecting their pensions and keep working for longer.

For one thing, Abe has also vowed to raise the age of retirement. To incentivise companies to hold on to their staff, he’s making it a legal requirement for them to allow their staff to keep working until the age of 70, should they want to.

In Germany, where the number of people of working age is set to shrink by 10% between now and 2040, they’re focusing in training. The innovative Initiative 50 Plus programme was developed to encourage older workers to remain working longer. It includes schemes such as pairing unemployed young people with unemployed old people, to encourage them to learn from each other. It also provides older workers on lower salaries with financial support.

These incentives aren’t just about being nice to older people. There are real economic gains to be made by investing in these workers.

According to a 2015 report for the UK government by the pensions expert and political campaigner Ros Altmann, holding on to workers for just three years beyond when they would usually retire could add £55 billion to the British economy.

As if that weren’t reason enough, the evidence suggests that retaining older workers would also have the tantalising – and rather unexpected – benefit of boosting the wages and employment prospectsof younger generations, too. The idea is that if more older people stay in work, they’ll have more money to spend, and this benefits the economy, which is good for everyone.

The world’s population might be on an unstoppable course toward old age, but this demographic transformation doesn’t have to come with crippling economic consequences; instead, we can view it as an opportunity. And changing our attitudes towards old age – and the potential of older workers – is the first step.