In the Hunt for Top Talent, Don’t Overlook Older Workers 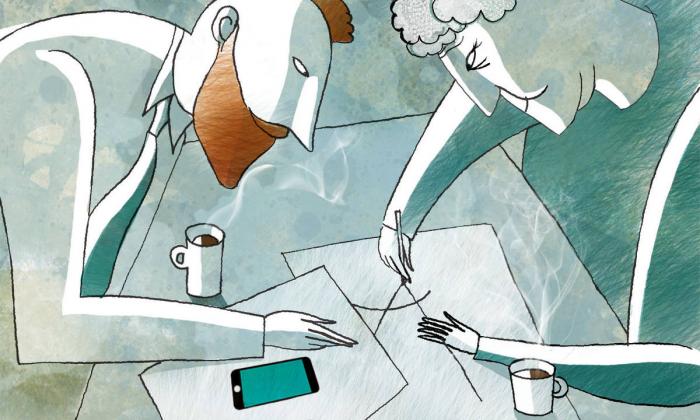 With U.S. unemployment near its lowest rate in 50 years, companies are adopting creative strategies for pursuing talent, from hiring people with criminal records to recruiting high school students. Apple, Google, and IBM are among the companies that claim to have changed their hiring practices, stressing skills over credentials.

But one segment of the population remains relatively untapped: older adults.

Employees 65 and older are predicted to be a growing segment of the workforce over the next five years, as life expectancy continues to rise and baby boomers delay retirement. According to Jeff Hyman, adjunct lecturer of management and organizations at the Kellogg School and chief talent officer of the recruitment firm Strong Suit Executive Search, this group can offer more value than most companies assume. They tend to be experienced, loyal, self-motivated, and in some cases more efficient than workers half their age.

“There’s far more talent available among older workers than in some of the younger age ranges,” Hyman says. “So it’s definitely worth incorporating this into any hiring strategy.”

Hyman offers tips that companies looking to make inroads into this talent pool should consider.

Set Aside the Myths and Misconceptions

The traditional three-stage life—education, then work, and then retirement—is giving way to a multistage life in which education, work, and time spent out of the workforce all blend together. This means hiring managers should be more “age agnostic” in their approach.

Yet some companies are reluctant to hire more older workers. Hyman says this is because there are many misconceptions about older workers’ effectiveness, motivation, as well as how much they might cost a company to recruit, hire, and retain.

The most common myth might be that older workers are slow. “I have not found that to be true at all,” Hyman says. “I know people in their sixties who are as spry as a thirty-year-old. People are living longer and taking better care of themselves.”

True, they’re not “digital natives.” But older people use technology all the time in almost every aspect of their lives, from online banking to video chat.

“You might not hire a 75-year-old software developer, but that’s not the point. In most roles, you just need to learn a version of a common technology and apply it.” Hyman says. “This might have been hard to find twenty years ago, but it isn’t now. That’s all changed.”

Another common misconception is that older employees cost more, either because of healthcare costs or because their salaries will be higher to account for their experience. But neither of these assumptions is necessarily correct.

While it’s true that older employees use their health benefits more, they are much less likely to use other benefits, such as those tied to pregnancy or parental leave.

Plus, many of them are past their peak spending years, which may mean they have more flexibility when it comes to compensation structure.

“Just because someone has thirty years of experience doesn’t necessarily mean they’ll be out of your price range. Maybe their kids have graduated and they’ve downsized to a condo,” says Hyman. “Maybe they just want to stay active or give back. There’s a different agenda. They’re not chasing a title or a career path.”

One of the biggest cost savings for older employees is their tendency to be more loyal. According to a 2016 Pew Research survey, 76 percent of older employees had worked at the same company for at least five years—more than any other age category.

“Fish Where the Fish Are”

If you want to find talented older workers, you will need to use different sourcing strategies, Hyman says. Posting a job on the job boards may not necessarily do the trick. Instead, companies need to explore a range of recruitment channels—including, for example, organizations like the AARP, whose program “Back to Work 50+” connects older workers with job information, support, and training.

A number of companies—especially those in the hotel, food, and hospitality industries—are finding new ways to connect with groups that might not conduct their search online. Burger King, for example, advertises in community centers and holds open houses for older workers who might want to work flexible part-time hours.

“You have to fish where the fish are,” Hyman says.

“Just because someone has thirty years of experience doesn’t necessarily mean they’ll be out of your price range.”

You may also have to be thoughtful about the language you use. How are you describing the role? A job description that appeals to a twenty-five-year-old might not appeal to a fifty-five-year-old. Even the way you showcase your organization may need to reframed. Think about how you are branding yourself. If the photos on your company website are only of people under thirty, an older person might think: this is not the place for me.

In terms of compensation packages, the key is to be flexible and sensitive to the employee’s motivations. Many older people are not necessarily looking for a 50-hour a week schedule, or even a full-time position. They might enjoy being semi-retired. And they are probably less interested in long-term equity than younger hires, so in the near term, they may be more amenable to cash-based compensation.

“Figure out what they’re looking for, and don’t make too many assumptions,” Hyman says. “You might be pleasantly surprised.”

One of the most enduring benefits of hiring older employees is the uniquely valuable role they can play as mentors to younger colleagues. A 2016 Deloitte study found that millennials were more likely to stick with a company if they had a mentor. And even without a mentorship program, younger employees say they learn a variety of skills from older colleagues, including how to manage an increased workload, delegate tasks, and manage time.

“For a younger manager, having an older employee can be incredibly beneficial,” Hyman says. “That younger manager needs the right attitude, though, and they have to be open to input. For the older person, it can be very rewarding emotionally to be listened to and respected for their knowledge and experience.”

And mentorship can work both ways. Older employees often learn from their younger colleagues how to build and manage their reputations in the social-media era. Some companies have even experimented with “reverse mentoring” programs.

But building a cross-generational team involves careful leadership. Not every older employee aspires to be a mentor, and younger employees might resent the flexible hours and deference paid to their more senior peers. So it’s important to establishing protocols that will benefit the whole team.

“Hiring older employees for their experience and mentorship skills has obvious benefits,” Hyman says. “But you need to explain why you’re doing it and make the case internally, to establish clear rules of engagement for how this works at your organization.”

For example, in cases where younger employees are assigned to manage older colleagues—a fraught situation for both sides—having a training program in place and a precedent for everything from performance reviews to vacation days will help smooth the way.

For example, the Goldman Sachs Returnship program makes a pool of talented mature workers available to the company. The program provides 10 weeks of training and mentoring for those who have taken a career break of longer than two years. And Deloitte now has a set of professional career paths available for employees who are not on the track to become partners but have important specialized knowledge.

“The way to do this is slowly. You’ll want to pilot it and build a successful case study, so that your people can see the advantages firsthand.”

Previously published in Kellogg Insight. Reprinted with permission of the Kellogg School of Management.