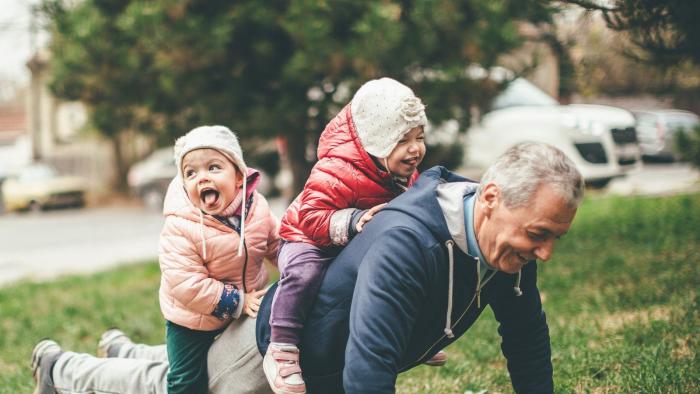 The traditional three phases of life, education work and retirement are no longer relevant.  In a world in which many people will live to their nineties we need a new way of thinking very well described in the book called “The 100-Year Life” by Lynda Gratton and Andrew Scott.  Retirement age was set decades ago on the principal that people deserved five years of retirement before they shuffled of the earth.  Even in 1948, at the start of the NHS the expectation of life was only seventy which meant there was five years for men, and ten years for women although it was clearly recognised that in the era before the washing machine and dishwasher women’s work was never done.  Nowadays the average expectation of life at birth is about eighty years, with still a worrying gap between the expectation of life of the least deprived subgroups of society and the deprived, that gap being approximately eight years and being stubbornly resistant to the efforts of the NHS because it is caused by much broader issues such as poverty and lack of education.  This means we now need to think of the expectation of life for people in their fifties and sixties many of whom will live until either mid-eighties or nineties and become centenarians.  Recently early retirement has complicated issues even further although that may be becoming the victim of the tougher economic environment, but people have been retiring in their mid-fifties with the prospect of forty years of life.

People are confused living longer with ageing, but it is now clear that ageing, a normal biological process does not cause major difficulties until the mid-nineties.  The problems come from three other processes as shown in the diagram below

A loss of fitness starts in the early twenties from the date of the first sitting job, often coinciding with the first car.  It is true that disease gets more common as chronological age gets higher, but this is not due to ageing but having lived for a long term in an unhealthy environment.  You do need to be lucky, to be born to wealthy parents who value education, and to avoid the diseases that we cannot yet prevent, such as rheumatoid arthritis but disease, complicated by axillary loss of fitness is responsible for many of the problems that we contribute to ageing.

This is the source of the negative beliefs and the pessimistic attitudes, but we now know from high quality research that dementia and dependency can be prevented or delayed.

How to live longer better

The most important thing is to maintain and indeed increase activity – physical, mental and social. The importance of mental and social activity is now well recognised as we look at the factors that lead to dementia and see the opportunities for reducing dementia.

Interestingly what emerges as the best type of activity of the mind is not chess or sudoku but volunteering particularly volunteering with stimulating and challenging groups, such as young people.

The implications for society

With the absolute increase in the numbers of older people we need to take steps to prevent or delay frailty and of course it would be of tremendous benefit for those people and their families.

Firstly we need to change the language and the word retirement implies a change in status of the job that one occupied from the age of sixty, but we need to recognise that people are now re-skilling, finding new jobs or starting new businesses, for profit or not for profit.  We need to change language for example to drop the term retirement community which implies a group of people who are inward looking united only by the fact they have retired whereas the members of that population will differ from one another in many more ways than will be the same.  We can also look at ways in which that group of people can make an even bigger contribution to society than they do at present.  For example every third phase group, formally known as a retirement community, should adopt some charitable cause with people worse off than themselves and not only raise money but support people either face-to-face or online.

The evidence is that every year you need to come more active and with every diagnosis that you pick up as you live longer you need to increase your activity to increase strength, stamina, suppleness and skill, increased activity will also have psychological benefits too.

Perhaps the most dramatic opportunities offered by virtual reality particularly for people who have difficulty getting out of their accommodation because it is now possible to cycle from Land’s End to John O’Groats, around the streets of one’s youth, virtually.  It is now possible to walk from London or through the Natural History Museum, or, in the near future along the West Highland Way.

Furthermore it is possible to do this with friends even though they are tens or hundreds of miles away sharing experience as emotions and memories.  People who live in communities of course have the benefits of book clubs and concerts, but virtual book clubs and virtual concert parties are very easy to organise.

Obviously we should be trying to get people out of their accommodation if they are housebound but virtual reality offers endless opportunities and it is not something for the young to teach older people, we are looking for ways in which older people themselves can play a leading role in the development of virtual reality experience.

The future then is a future in which we can help people live longer better.  It is also essential that every person has the opportunity to think about what they want to avoid in the last weeks and days of life and prepare an advanced directive.  It is not possible to guarantee a good death, but it is certainly possible to reduce the risk of a bad death but to do that we have to discuss the elephant in the room namely that a healthy attitude to dying is part of healthy living.