Staying healthy as you age 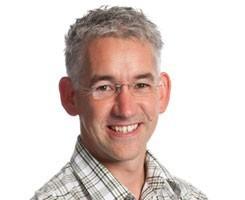 By Professor Matthew Parsons- Professor of Gerontology, the University of Auckland

Use it or lose it is as true today as it always has been and is as relevant to keeping the brain going as it is to keeping the body in good shape, or even friendships and social networks.

However, what does it actually mean - do we need to go to the gym every morning?

Just because somebody is 80 years of age doesn’t suddenly mean their personality changes.

They’re the same person they’ve always have been. If they didn’t like attending a gym when they were 20, they probably don’t want to go to a gym now.

Our peak muscle mass occurs in our mid 20s and there’s a gradual decline from that point. If we’re inactive, we lose muscle mass by around three per cent per day.

What’s interesting is that it doesn’t occur if we remain fit and active.

We now know these declines are not an age-related change. They occur as a consequence of social change – children, time pressures, parking the car close to the shops so that we can get home quicker to make dinner.

We don’t usually notice the reduced fitness until much later on, often in our early 50s and 60s, and then often fail to do much about it until it becomes a problem.

The reason for this is our bodies have been designed with plenty of spare capacity or reserves.

It’s not until those reserves have been eroded away that we notice things are amiss. If we don’t notice until our 80s, then it becomes a real issue.

A decline increases the risks of falling or injuring ourselves. If we become ill, low strength increases the time it takes for us to bounce back.

If we want to remain independent and in control, then we need to remain fit.

A solution for some may be attending a gym. For others though, it might be changing small things - instead of parking close to the shops, park at the end of the road; instead of getting grandkids to watch TV, set out on an expedition to the playground.

This is not rocket science and the solution lies with creative exercising in our everyday lives.

There’s not only the physical aspect though.

After a very large study of older people, a British researcher, Anne Netton, concluded that the four areas that were most important, or the aspects of life that would cause most damage if they were removed were:

New Zealand researchers have also explored what are the successful ingredients to old age.

Older people tell us again and again that what is so important to them is remaining in control, being independent, being able to do what they want when they want.

The trick for all of us is to try to ensure that this occurs until the day we die and if we do, we can truly say that we lived well!

How do we achieve this? We know there are numerous threats to independence and these range from physical to psychological.

Psychological well-being in many ways is more complex.

We know that a positive outlook on life throughout life reaps dividends in later life, but this is not a personality attribute that miraculously occurs on reaching old age.

What we all can do however is create a safety buffer, maintaining social networks are so vitally important and remaining active in one’s community is an easy way to achieve this.

Once again, we need to remain physically active to achieve this, which returns us to that use it or lose it adage.